On December 26, 2019, a group of young people staged a dance competition at Glory of Christ Church in Kasubi.

The competition attracted so many youth from unprivileged families, who were not going to school because of lack of school fees.

The crew came up with ways to see how they could support and improve the young people’s lives.

The children’s stories became the premise upon which Brenda Kabamba got the inspiration to make a film, Dance Fest UG. 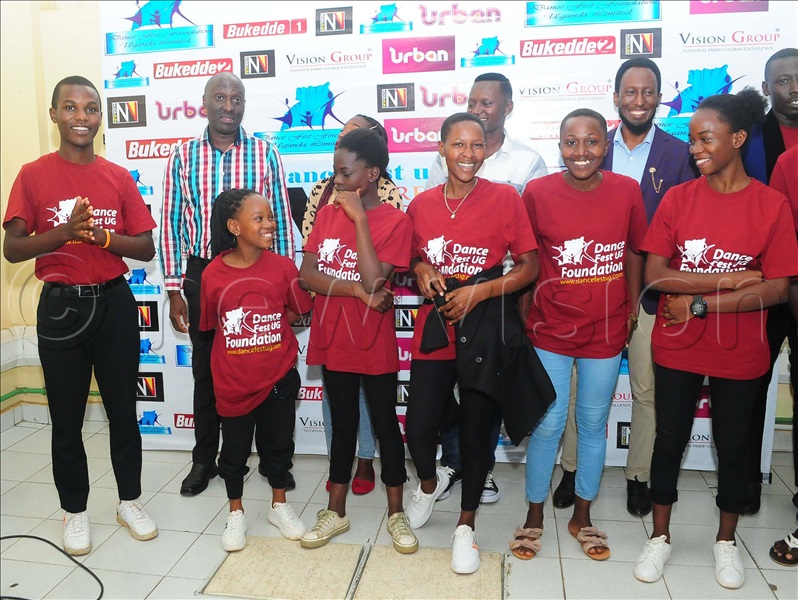 “The movie is an inspirational story about a child-headed family, struggling with life’s basic needs that learns of an opportunity to participate in group dance competitions for which prize money is a life-changing dream,” said Teddy Aine, who described the film as “recommendable” because it highlights the suffering people go through.

The movie’s contents and features shed a light on what is happening in the ghetto, where young girls and boys struggle to get a meal for a day or basic requirements like soap and sugar.

It is one movie that makes one leave a cinema hall with one thing on the mind, fighting for poverty by empowering young people.

The movie is seen as the first Christian movie by young people who are living in hardships to be premiered.

The maiden show will be officially launched on May 27, 2022, at Century Cinemax, Acacia Mall.

“The public should expect a nicely done movie with improved quality of picture and sound. Come and see how people’s lives are being transformed by talent. The movie is featuring children who have experienced poverty, so it builds empathy for anyone who understands how bad poverty stinks. Young people are using dance to preach. After enjoying the show, the proceeds will go to educate and save someone’s life,” Lawrence Mugabe, the director of the movie, said.

After its journey in the theatre, the movie will be shown on all the Vision Group televisions across the country like Wan Luo, Bukedde TV 1 and 2, Urban TV, TV West and TV East.

“It gives me great joy to be part of this production. Dance Fest UG Foundation is a community-based project, it is out to alleviate societal ills in the Kawala project, so they are giving the youth a sense of purpose, the youth who would have been involved in crime,” Moses Serugo, the Vision Group’s Lifestyle content Manager, said.

For Serugo, Uganda’s film industry can be as resourceful as the hyped oil sector with the potential to turn around Uganda’s economy.

He derives his hope from success stories in countries like Nigeria and South Africa, where an estimated 75% of the filming and television industry is based, film contributes $360m annually and directly employs more than 8, 500 workers.

UK to send asylum-seekers to Rwanda

National Theatre was always fired up