By Edward Anyoli and Farooq Kasule

Lawyer Male Mabirizi has lined up 18 witnesses to testify against pastor Aloysius Bugingo and Suzan Makula Nantaba whom he accuses of bigamy. Mabirizi said some of the key witnesses he wants to testify are mostly those who attended the ‘introduction’ ceremony of Bugingo.

“I request that you avail the information in your possession relating to the invitation, if any, the nature, scope and purpose of the ceremony you attended. I will also be requiring your personal attendance in court so that you can give evidence on what you saw, did and perceived by your senses after which be cross-examined by Bugingo and Makula,” Mabirizi said in a letter to Kayiwa.

In a telephone interview, Mabirizi said failure to comply with the order to testify will tantamount to contempt of court (disrespecting lawful court orders). He said the final decision to appear in court will be communicated to them at an appropriate time.

“If they refuse to testify, I will move court under sections 94 and 96 of the Magistrates’ Court Act (MCA) to have them compelled to appear in court,” Mabirizi said.

When New Vision contacted Kayiwa, he said the law did not ‘see’ Bugingo’s kwanjula. Kayiwa said he was invited as a guest just to pray for the family. He said the ceremony was void ab inito (of no legal effect). He explained that the ceremony was not intended to be a legal marriage, but a glamorous occasion where people met to enjoy themselves.

Bugingo and Makula are accused of offences in relation to bigamy under the Marriage Act. Bigamy is the offence of marrying someone while already legally married to another person. 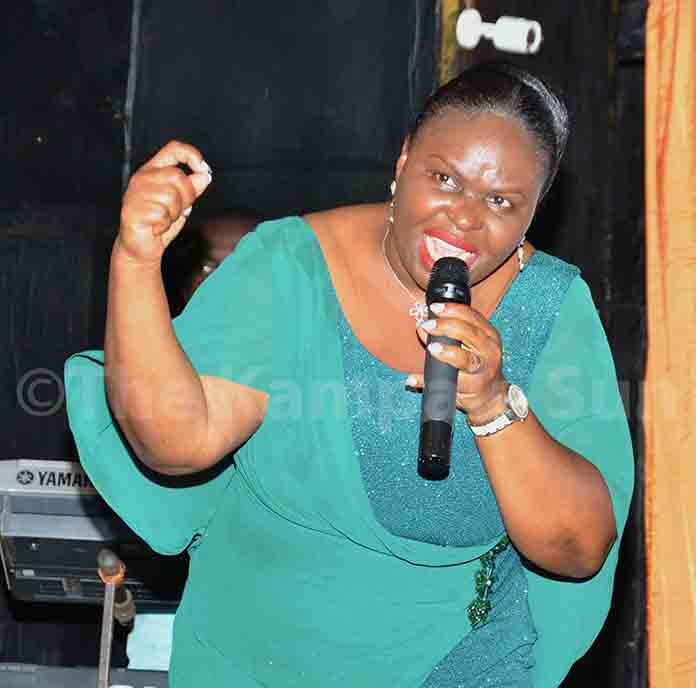 It is alleged that Bugingo contracted a marriage by customary law when there is an existing one. Bugingo was reportedly introduced by Makula on December 7, last year, at Kawuku, Katabi town council, in Wakiso district.

Bugingo’s wife, Teddy Naluswa, filed a case on December 9, last year, at Kawempe Police Station, accusing him of committing the offence of bigamy. She filed the case in her capacity as the lawful wife of Bugingo.

Bugingo denies being introduced by Makula

Last week, Bugingo, the founder of House of Prayers Ministries, appeared at Central Police Station and denied being introduced as thehusband of Makula. He denied any offence of bigamy as reported by his wife. According to sources, Bugingo told the Police that he only honoured the invitation by the family for merrymaking.

While appearing at Police, in Kampala, Bugingo refuted all the claims, saying he was invited as a guest by Makula’s family.

Bugingo to appear in court

Meanwhile, Entebbe Grade One Magistrate Stella Okwong Paculal, has summoned Bugingo and Makula to appear in court on January 21, to answer charges of contracting a marriage by customary law.

The case at Entebbe Magistrate’s Court was filed by Mabirizi as private prosecution to have Bugingo and Makula prosecuted on grounds that they contracted illegal marriage. Mabirizi said contracting marriage by customary law when there is an existing one is against the law, under section 50 of the Marriage Act.

The offence attracts a punishment of five years without an option of fine upon conviction.

The criminal case filed against Bugingo by Naluswa is still pending at the Police.

Attempts to have the disputes resolved through court mediation process meant to reconcile Bugingo and Naluswa failed.

In 2019, Bugingo filed a divorce case at Kajjansi Chief Magistrate’s Court in Wakiso district, against his wife and sought dissolution of the marriage. He accused Naluswa of being disrespectful to him.

In her response to the divorce case, Naluswa maintains that she has never been disrespectful to Bugingo since they walked down the aisle. She argues that she still has faith in their marriage and that that is why she considers it valid.

The couple got married at Victory Christian Centre Ndeeba in Kampala.

It is purported that the divorce is premised on a disagreement over the purchase of church land which remained unresolved, an assertion Naluswa has denied.

Naluswa opposed the dissolution of their marriage, saying what God has already put together, no person can separate.