The Grill: I serve music, looks and curves – Pia Pounds

Pia Pounds, real name Tracy Kirabo, is one of Uganda’s sensational singers and vocalists. She is also good at writing and acting. The third born in a family of five, Pia Pounds says she began her career at 15. She found more fame when she signed to Eddy Kenzo’s Big Talent Entertainment in 2018.

She was thrust from behind the scenes by her song, Tupaate.  It is a viral song, thanks in part to the role of Mc Africa.  The song became an anthem during the lockdown, even Eddy Kenzo ‘begged’ for a remix.

Ranell Dickson Nsereko talked to her about music, school and relationships.

Who would you say Pia Pounds is?

I was born Tracy Kirabo in 1996.  I was raised by relatives following the death of my mum at an early age. As expected, I did all the odd jobs. I was a waitress, simcard vendor, supermarket attendant.. name it. All that mattered was survival. I’m a hustler.  As long as it brings money, I will get my hands dirty.

What inspired you to venture into the music business?

At 15, I was singing at Miracle Center Cathedral.  My mother told me I had an angelic voice. I have many accolades to show for music and acting. I always backed up different artistes in studio for a small fee and then I took a leap of faith. I have always belonged to these entertainment streets.

How did Kenzo get into your life?

It was through a friend and producer Kuseim, who used to produce music from Big Talent studios. I always frequented the studios. I wanted to record music, so he invited me. One fateful day, Kenzo said he had listened to one of my songs and offered to add to the song, but later it turned out he wanted to sign me onto the label.

In so short of a time you left Big Talent, what exactly happened?

I needed to be mentally free. I also needed to grow my career as I felt my brand was being soiled by false allegations in the media. The relationship I had with Kenzo was healthy and only professional. The gossip mills thought otherwise.

What’s the relationship between you Kenzo of late?

We are good friends. He is an icon that everyone would love to interact with for guidance and motivation. Whenever I have a musical challenge, Kenzo never hesitates to help.

Are you friends with Rema?

Nope, we are not friends. I will leave it at that.

What’s the inspiration behind the Tupaate song?

I originally wrote the song with the help of my producer Kuseim, but the lyrics are inspired by happy moments and the Friday vibes feeling. With its simple lyrics, it didn’t call for overthinking. Everyone around the studio loved the song even when it was still in its ‘bakery’ and I definitely knew I had made a good song.

Tupaate has been the talk of town, what’s the feeling of having a hit topping charts, especially in the lockdown?

It’s a feeling hard to explain because it’s extraordinary. But I feel blessed and thank God for this opportunity. I pray He blesses me with more hits and music, so I don’t let my fans down, but bless them with what I was gifted to do – music.

It took some time after its release to become a hit, what do you think was the issue?

I believe God’s timing is the best and maybe that’s the time He had set for me to have a hit song. I believe people take time to understand your music when you are an upcoming musician unlike the established ones whose influence is bigger and music is easily pushed by their numbers.

Should we say Mc Africa’s video challenge gave the song mileage and it became a hit?

I won’t deny him credit. He played a very big role in pushing that song, but, of course, there’s also the fact that it’s a good song. The vibe he had in that video is what the song is about. Mc Africa will always be part of my story. I  posted the challenge he did on my social media platforms, which also gave him mileage and pushed his brand. I brought him to Kampala and we did media tours together for him to shine more. He is now getting endorsement deals with different companies.

Is it true you begged Eddy Kenzo for Tupaate remix to make use of his big numbers and followers?

No way!  I went to introduce Mc Africa to Kenzo and Eddy suggested that he features on the Tupaate remix. I thought he was joking, but it turned out he was serious.

Do you agree with fans who say the remix with Kenzo spoilt the vibe?

Ugandans will  say anything. I have learnt to stick to what builds me. To answer you, Kenzo did a very good job on the remix and the song even trended more.

Is it true you also hired influencers to promote the song, especially on social media?

Many people don’t get it that we also have fans who love every piece of our work. I didn’t pay anyone money to push my work, but it was because of genuine love for the song and God’s blessings that people were sharing it everywhere on social media.

Is it true you spend more time on social media than making more good music?

Everyone has a right to their opinion. I am on this musical journey and I know what I am preparing for my fans. I do everything at the opportune time. I personally have studio time and me time. I don’t mix the two. I wouldn’t also mind people saying I spend most time on social media because it’s the very platforms that have pushed my music mostly to their ears.

A hit song amid the lockdown. Are you happy or sad?

I wouldn’t say I am totally disappointed because I look at this as a blessing in disguise. Maybe without the lockdown the song would have happened. Like I said, God’s timing is the best. You always have to be grateful for whatever He has done and blessed you with.

The challenge is that I haven’t gotten a chance to perform for my fans their favourite song, but fingers crossed, the industry will be opened soon and I will hit the stage and perform for them.

Who exactly is your intimate lucky man?

(Laughs) I always like to keep that a secret. I want people to speculate about that topic until I disclose the person. Whenever I am asked this question, it makes me happy. 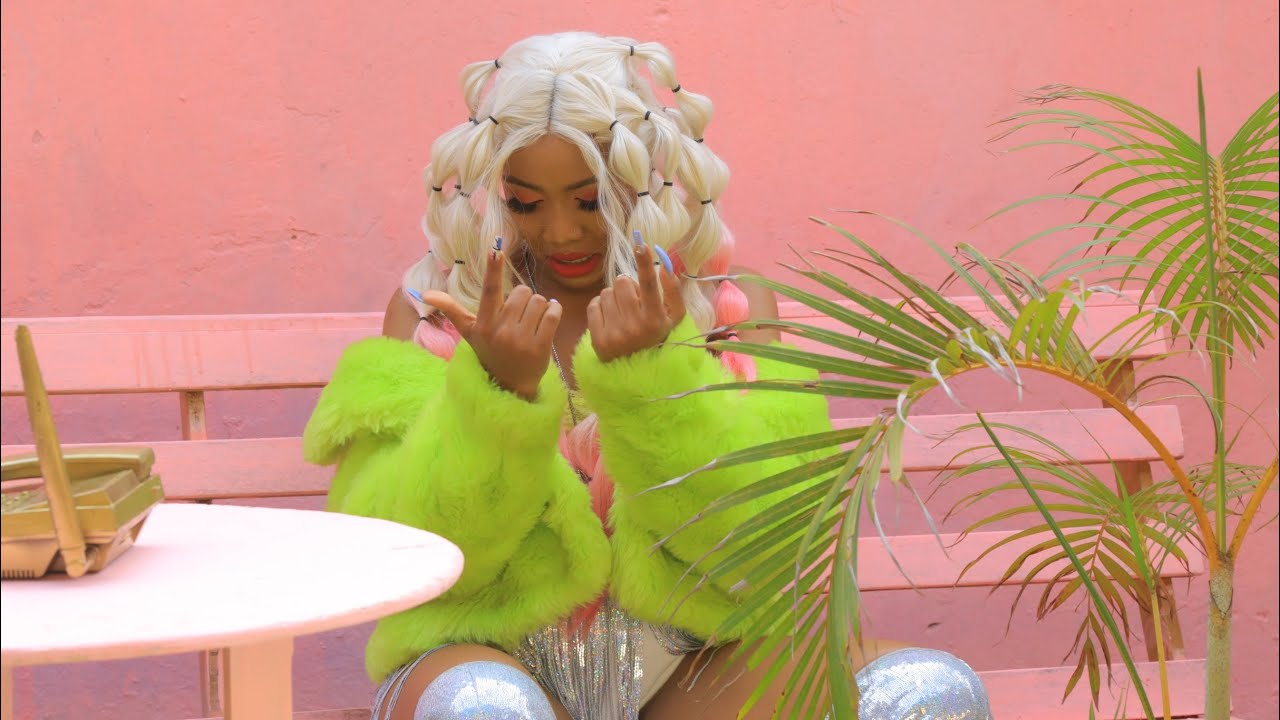 What would you really look out in man?

I believe it all starts with loving me unconditionally and that’s the best and most outstanding thing I would first look out for in a man. Although I look high maintenance, I’m not into money.  Money without love is useless.

Do people love your music because of your body?

(Laughs) I have good music and I have the talent. The rest are simple things. I would say I am a full package that serves good music, I look good and I also have a nice body. These are things every female musician would want.

Besides the studio time, what else keeps you occupied?

I am a fan of cooking and swimming. I derive the biggest enjoyment from shopping and filling my closet. Sometimes,  window shopping makes me happy (laughs).

After graduating, what’s your next move?

I hold a bachelor’s degree in business administration from International University of East Africa. I will pursue a master’s degree at the same university.

Stage set for the Zikomo awards 2022

Photos:  How it went down at Vision Group’s 3-day Valentine’s excursion

Entertainment spotlight: The Year that was 2021

Entertainment & The Law: Ray G’s ex-girlfriend could get four years in...