By Cecilia Okoth and Emmanuel Alomu

On Friday, President Yoweri Museveni graced the annual thanksgiving for the Tarehe Sita 41st anniversary at Kololo Independence Grounds. During the function, guests got immersed in prayer to mark the climax of this year’s annual celebrations.

In 2019, Elwelu built a worship centre at his home in Anyara sub-county, Kalaki district.

The complex, which he named ‘House of the Almighty Father in Heaven Elohim’, is attached to his family house. It was commissioned by President Yoweri Museveni. 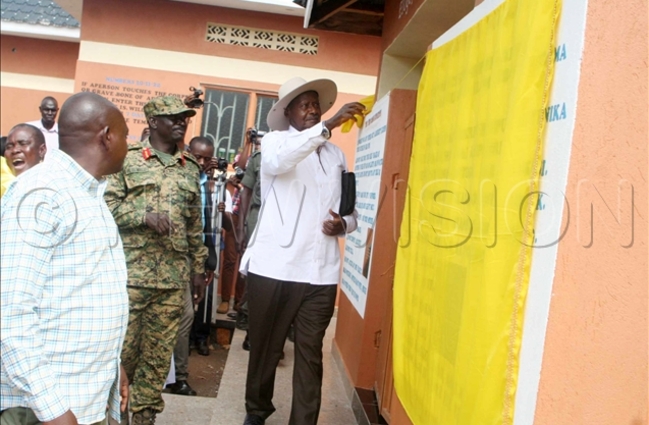 Elwelu, remembered for his leadership role in the 2016 attack on Rwenzururu king Charles Wesley Mumbere’s palace in Kasese in 2016, said Elohim is the name of God used frequently in the Hebrew Bible just like Yahweh.

“On August 14, 2017, I had had a vision from Elohim directing me to construct the house of Elohim,” Elwelu revealed to hundreds of people who attended the event. 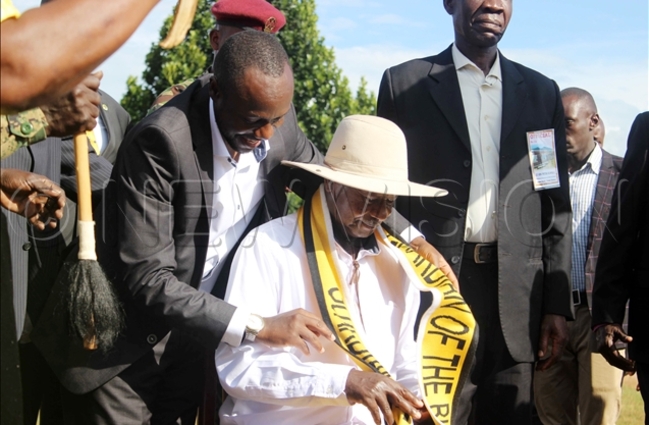 Museveni after being installed as a defender of the black race at the launch of Gen. Elwelu’s temple at Kalaki district in 2019

Significant features at structure include the Ten Commandments written in English and Ateso at the main entrance, 12 stones on the wall representing the12 tribes of Israel and a lampstand with 12 lamps.

There’s also an empty chair which Elwelu said was for Elohim and a stone altar, which he said is to be used to for offertory.